An exodus is happening in the west nowadays, and it’s one that doesn’t involve parting the Red Sea: many white men are either leaving their country of origin in order to meet and marry a foreigner, or they get out of their way to form a relationship with an immigrant who recently arrived on their shores. In both cases, local women are getting pushed to the fringes in the dating world. Of course, this is not to suggest that no one is interested in American women; thousands of marriages are still occurring in America every year, after all. What this does imply, however, is that a rising number of American men deliberately choose to select a foreign born woman when it comes to tying the knot. Here are the eight most common reasons:

Modern American culture revolves around the self. Expressions such as “I can do it as long as it doesn’t hurt anyone” are so common they become platitudes. Kids are expected to leave the nest at an early age to make a name for themselves, usually without the help of their parents. Likewise, older relatives who are no longer capable of self-care are permanently sent off to nursing homes; it is rare for children to allow their ailing parents to live with them as they grow older. In the west, everyone is pretty much expected to take care of themselves and not impose a burden on others.

This is not the case with other cultures. Many countries, especially in Asia, demand a certain reverence for family. Ancestor worship in China is common, and the thought of leaving a parent to a nursing home is abhorrent and disrespectful to many, regardless of economic stability. Due to a lack of government programs, foreigners take special care of their families because they can only rely on each other in case something bad happens. When foreign women marry, they take this attitude with them, often sacrificing some of their personal freedom in order to take care of their children and husband, something that many western women would consider “subservient”. The worldview that places family in high regard, however, is a turn-on for many men wanting to settle down.

Modern values in America are often a far cry to the traditional values of the early pioneers who established the country. There is a general lack of respect for authorities or elders (encapsulated in the popular 1960’s phrase “Don’t trust anyone over thirty”), a blasé attitude towards drug use, increasingly defiant stance towards organized religion, and a more visceral taste in entertainment (comparing the more subdued television shows in the mid-twentieth century with today’s programs will prove this easily).

Other countries, however, still hold on to the old ways of life. There is high respect for the older generation as well as low regard for any type of public exhibitionism. Crude language and boorish behavior, while considered funny in America, are met with condemnation in many countries. While this kind of culture may be seen as limiting to those in the west, many American men have grown to resent the almost obscene nature to the way personal freedom has been abused in the United States. They would rather be with someone who still has a sense of propriety and acts like a “lady” in her public appearances.

With the sexual revolution, many people in the west now view the human body as something that should not be hidden. As a result, both men and women have a tendency to use flirtatious clothing and have no problems talking about their private sex lives in a public discussion. This is taken even further, with many celebrities, popular intellectuals, and television shows outright endorsing promiscuous behavior. As a result, having rampant intercourse is seen as a necessity among teens, and those who prefer not to engage in sex are often viewed as strange. By the time they reach middle age, the majority of American women will have already slept with many men.

On the other hand, many foreigners are taught from an early age to respect sex and not treat it as a form of mere entertainment, even with the availability of contraceptives. Talking about bedroom antics in public is seen as rude, and women are very selective when it comes to choosing a man with which to share her bed. Ironically, this tendency to hold off intercourse until the man has proven himself as a stable and potential husband only increases a woman’s chances of finding a solid mate; many men view women who do not give in easily as a prized catch, especially if she’s a physically attractive woman, since she understands the true value of her body. On the other hand, women who spread their legs at the drop of a hat are only seen as a temporary outlet to satisfy a sexual craving, to be discarded once the man is done.

In a recent study of inner city gangs, prospective female entrants were given the choice of either having sex with the other members as a form of initiation, or using the regular initiation method that involved a physical beating. Those who chose sex were treated with less respect by the male members of the gang afterward, while those who chose the more painful beating were shown more esteem, despite the promise that either method will gain membership and have equal value.

In America, the idea of gender differences and roles is now considered outdated. Men and women are seen not only as equals, but similar in every aspect except the body. Females can have high-powered careers just like males, and those who prefer a more traditional path like housekeeping is often the butt of jokes. However, women also lament that they can’t find a “real man”, specifically one that treats them with chivalry, and still insist that men abide by certain rules such as “women and children first during an emergency”. This causes irritation in many men, as they view this as women having two conflicting principles at the same time. 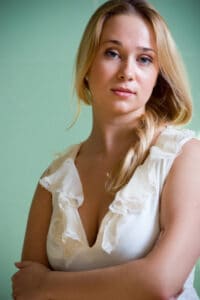 The case is different in other countries. Although many women also have well-paying jobs in places like Singapore, India, China, and the Philippines, they still hold the view that men and women have gender differences. As such, traditional roles like housekeeping and babysitting are not seen as degrading, and the equal demand placed on men to behave in a chivalrous and protective manner is entirely consistent within this worldview.

The western world has become highly politicized in recent years. It is not only considered out of bounds to make jokes about sex or gender in public, but this behavior can often lead to severe punishments. People have lost their jobs for comments that a woman deems offensive. There have even been others who have lost their jobs even if they weren’t talking to the woman herself and she only happened to overhear the conversation.

On the other hand, many foreign women who still hold traditional views about gender differences can often appreciate jokes about the hijinks of male and female relationships. Even those who find it offensive will often ignore it rather than cause a scene. Although most men aren’t marrying foreign women for the sole reason of being able to say what they want, the freedom to engage in a more relaxed conversation without fear of causing untoward offense is liberating to them.

The high standard of living in the west has caused many American women to expect a certain level of comfort. A man is often under pressure to make enough money to buy a house, a car, and several luxury items. Living in a shack with no hot shower is something that many western women would balk at; therefore, income is oftentimes a factor when it comes to marriage.

On the other hand, the majority of foreign women come from developing countries where they are used to growing up in hardship. Out of this expectation, even a man with a modest income is enough to satisfy her. The experience of poverty has also hardened these women to the realities of life, and they can cope well with sudden bouts of poverty in a way that those in the west never could. Having a low-maintenance wife is a big plus for many men, rather than one who is used to indulgences.

The divorce rates in the west far surpass those in other countries; more than half of American couples split up, and the wife initiates 69 percent of breakups. Unfortunately, this also means that many children grow up with separated parents and have developed a mindset that views marriage vows as something to be kept only when it is still convenient. Indeed, a huge number of Americans profess their eternal love to each other within weeks or months after first meeting, a timeframe that foreigners would consider too short to choose a lifelong spouse.

On the other hand, foreign women, especially those in religious countries, are likely to take marriage as a sacred commitment, hence they are more willing to find ways to heal and make the marriage work when times get rough. Parents and grandparents also play a major role in the process by supplying guidance and pointing out flaws in the chosen groom that the young bride might not want to see when she is blinded by a whirlwind romance. With the combined wisdom of the elderly generation and the passion of the younger generation, divorces still occur but are far less frequent than in the West.

On a final, more practical note, many American men would simply not risk the pitfalls that a marriage and a very costly divorce in the United States might entail. Not only do they have to pay alimony and child support, but the justice system often gives custody of the children to the ex-wife, leading to a worst-case scenario in which the father is alienated from his kids. The result is usually a brutal courtroom battle that end in the husband defeated both economically and personally.

Not only is the divorce rate much lower in other countries, but many couples who split up often deliberate on a private basis without involving the courts at all, since the justice system is either inefficient or impotent in imposing any of the penalties due to lack of funding. A man or woman might discuss amongst themselves the best arrangement, and if a consensus is not reached, some people simply opt to pack up and leave, viewing the paperwork and annulment of the marriage as a mere formality. Although this may lead to many unfortunate circumstances, American men still see the odds as more favorable to them than the western system of divorce.

There are many reasons why a large number of American men are now seeking out foreign brides. If you are one of those westerners who has never experienced a relationship with an outsider, it might be time to try it. You would be like the frog who is stuck in a well and thinks it has seen everything, when there is an entire lake just outside still left to explore. Who knows? Your soulmate might be waiting for you on the other end of the world, and if you do not have the courage to take the plunge, both of you will be stuck with an unsatisfying marriage or, worse, with no one to keep you company at all.